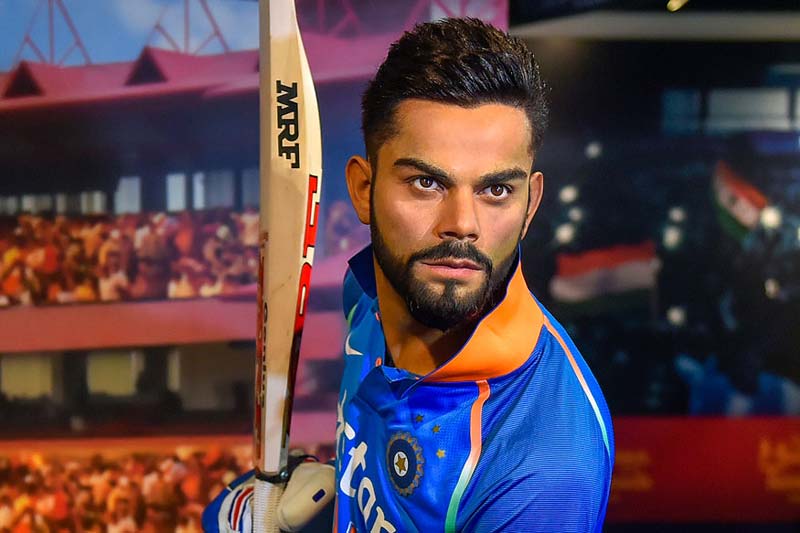 On 29th May 2019, Madame Tussauds revealed the wax model of the Indian Cricket Team’s Captain, Virat Kohli. For marking the launch of the ICC World Cup, the wax museum unveiled the cricketer’s statue at the Lord’s Cricket Ground, London.

The 12th edition of the Cricket World Cup that is the 2019 ICC Cricket World Cup is scheduled from 30th May to 14th July 2019. Both England and Wales are the hosts of the ICC Tournament this year. And for the entire duration of the tournament (that is from 30th May until July 15), the wax statue of the world’s leading batsman will be on display at Madame Tussauds London center. The General Manager of Madame Tussauds, Steve Davies, said that cricket fever will sweep the nation for the upcoming weeks, and unveiling the new wax model of Virat Kohli was a way of giving a special treat to the fans this cricket season. More so, he hoped that the cricket fans will enjoy watching their cricketing hero both on the field and at the Madame Tussauds outlet in London.

Virat Kohli’s wax statue sports the official Indian Kit – including shoes and gloves – that he donated. Other wax statues that will accompany Kohli’s model are those of Sir Mo Farah, Usain Bolt, and yes, his fellow Indian cricket hero Sachin Tendulkar too. Besides, Tarah Cunynghame, who is the Head of Retail & Tours at Lord’s Cricket Ground, was of the opinion that Lord’s serves as the ideal backdrop for revealing the wax statue of one of India’s greatest cricket icons, Virat Kohli, on the eve of the Cricket World Cup. Also, she mentioned that there were thousands of visitors who were coming to Lord’s to tour the Cricket Ground and Marylebone Cricket Club Museum, one of the world’s oldest sporting museums.

Further, she opined that cricket fans will be delighted with the wax model of the renowned batsman at Madame Tussauds in London.