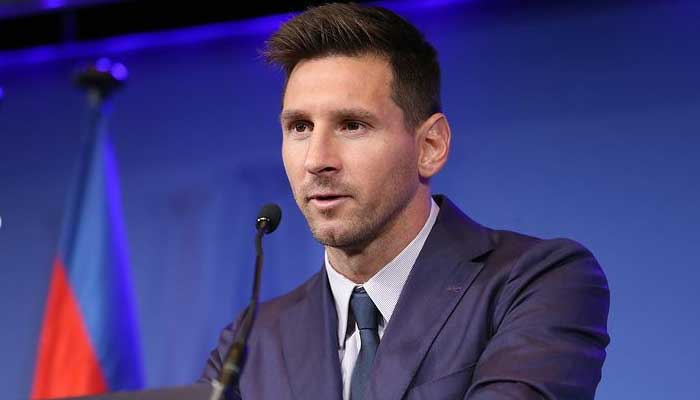 Lionel Messi is all set to join France’s Paris Saint Germain (PSG) after saying goodbye to Barcelona. Messi (along with his wife and 3 children) were seen at Barcelona’s El Prat airport on 10th August 2021 amid reports that Messi is going to seal a two-year deal with PSG.

Messi’s father and his representative, Jorge Messi, confirmed the reports by replying ‘YES’ when asked by a reporter if the rumors of Messi joining PSG were indeed true.

For the past few days, PSG was attempting to sign Messi after his departure from the Barcelona club. Messi has been representing the Barcelona team for all 17 years of his professional football career. The destination of Messi’s flight could not be confirmed, though he is expected at France’s capital, Paris shortly.

Messi joined Barcelona when he was a schoolboy, where he rose to fame and came to be known as one of the world’s greatest football players.

The six-time winner of the Ballon d’Or was seen crying at a news conference on Sunday when he was bidding goodbye to his former team. The Barcelona team was unable to retain him owing to La Liga’s fair play rules.

At the PSG team, the Argentinian superstar has both France Striker Kylian Mbappe and former team member Neymar for company. All three players will make PSG emerge as a stronger team. Neymar and Mbappe are, also, counted among the world’s best football players. The inclusion of Messi in the PSG team will boost the club’s chances to win its first-ever Champions League, too.

This summer, Messi is the latest high-profile entrant at the PSG via free transfer after Sergio Ramos; the Spanish defender joined PSG after leaving Real Madrid. Moreover, Dutch mid-fielder Georginio Wijnaldum and Italy’s Donnarumma are among the recent arrivals in the PSG club.

With rumors of Messi joining the PSG team gathering steam, the Qatar-owned club added about 1.2 million followers to its social media accounts recently. PSG is the only club that can afford to sign a 35 million euros (amounting to $41 million per year) contract, after the Abu-Dhabi-Owned Manchester city were no longer the contenders.

Messi had agreed to forgo half his salary to sign a five-year contract with La Liga; which has debts amounting to 1.2 billion euros. Despite Messi agreeing to the pay cut, the deal with La Liga fell through because of uncompromising Spanish league salary cap rules.

Mauricio Pochettino is the coach at PSG; this is good news for Messi for they both started their careers at Newell’s Old Boys in Rosario in Argentina.

If reports are to be believed, PSG will introduce Messi to spectators on Saturday when the club hosts Strasbourg and a crowd of 48000 people; this after 18 months of the striking of the Coronavirus pandemic.