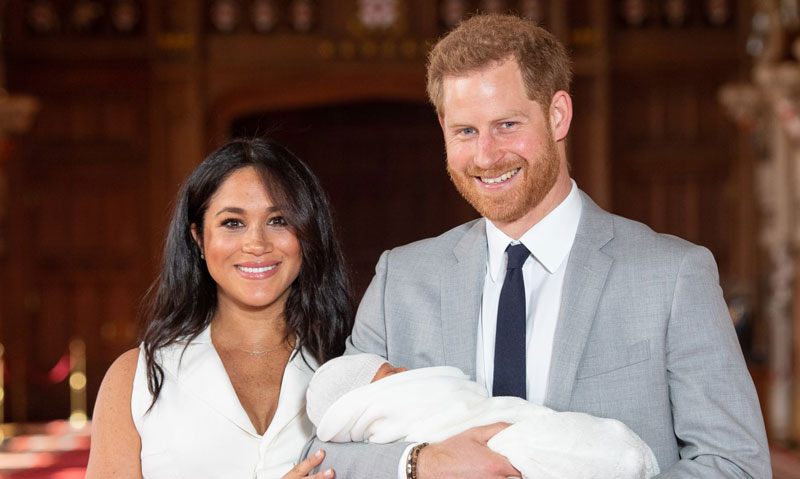 The latest addition to the family of the Duke and Duchess of Sussex that is their baby boy has a name. Yes, he was named as Archie Harrison Mountbatten-Windsor. The couple made the announcement on their official Instagram account.

More so, Prince Harry and Meghan Markle shared a photo with the newborn at St. George’s Hall of the Windsor Castle. More so, their marriage had taken place at Windsor Castle close to a year ago. Well, they paid a visit to the Queen at Windsor Castle where the baby’s name was revealed. Doris Ragland, who is Meghan’s mother, was, also, present at the meeting. Meghan, also, gushed that she was happy to have the best 2 guys in the world. Further, she mentioned that the baby had a sweet temperament and was calm.

Further, in one of the photos, Harry was seen cradling the baby while he joked that the newborn had facial hair.

Weighing 7 pounds and 3 ounces, the newborn was born on 6th May 2019 at 05:26 am. After the baby was born, Prince Harry met the reporters who were waiting outside Frogmore Cottage, where the newborn had a home birth.

Here’s congratulating the parents on their newest family addition.