What, Amazon’s Jeff Bezos and his Wife MacKenzie Bezos are Filing for for Divorce! 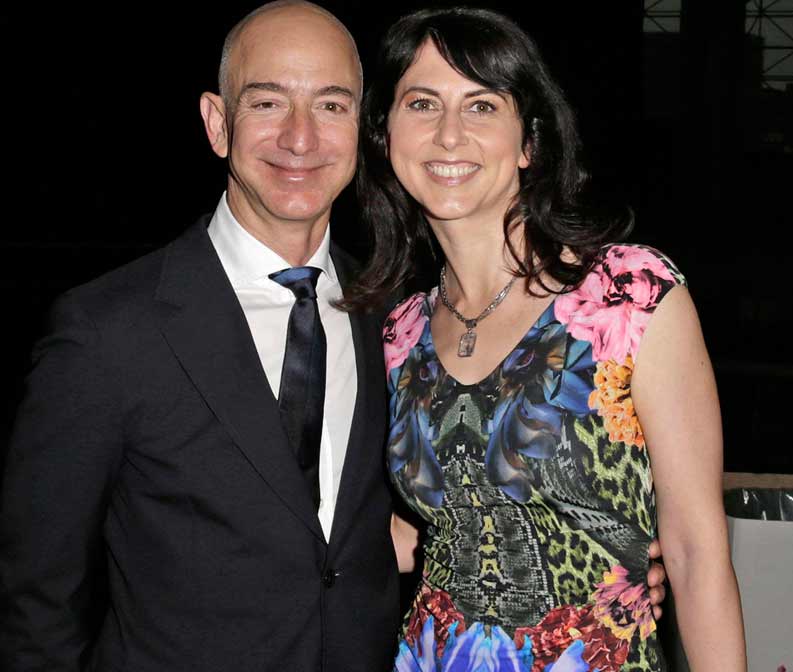 The world’s wealthiest couple, Jeff Bezos and his wife Mac Kenzie Bezos, took to Twitter to announce to the world about their divorce on Jan 9th, 2019, after enjoying 25 years of marital bliss. Jeff Bezos is 55 years old and the founder of giant e-commerce business, Amazon.com Inc. Mac Kenzie Bezos is 48 years old and a novelist; her 2 published books are “The Testing of Luther Albright: A Novel” and “Traps”.

Apparently, the reason for the couple’s divorce is Jeff’s whirlwind divorce with Lauren Sanchez, who was a news anchor previously. Sanchez, 49, is married to Patrick Whitesell, 53, who is a Hollywood agent. The duo have been married for 13 years and are heading for a divorce, too.

The net worth of Jeff Bezos is estimated to be $137 million, and he has been proclaimed to be the richest man in the world. His fortune includes foundations, charitable gifts, a real estate portfolio worth millions of dollars, and approximately 16% of Amazon stock. The couple will have to split the wealth if they have not drawn a pre-nuptial agreement. They have 4 children; and, as per reports, they have been living separately for a long time before they announced their divorce.

Jeff Bezos and Ms. Bezos met in the year 1992 when they both were employed with D.E. Shaw, which is a hedge fund company that is based in New York. In the year 1994, they moved to Seattle and set up Amazon; the company’s headquarters are at Seattle also. They resided in a 1-bedroom rented flat until the year 1999, and then, shifted into a mansion in Lake Washington that is projected to be worth $10 million.

As per their Twitter post, they will “remain cherished friends”. However, the financial aspects of celebrity splits are bound to get messier with huge amounts of money involved.
Amazon shares closed at $1656 on January 8th, 2019. However, the next day, the shares recorded a fall in price after news of the divorce broke out, though the stocks recovered by afternoon.

14 thoughts on “What, Amazon’s Jeff Bezos and his Wife MacKenzie Bezos are Filing for for Divorce!”