The Valley of Flowers: Oh-So Pristine! 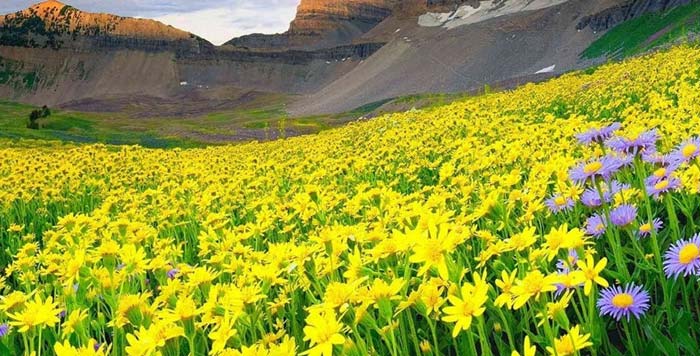 Spanning 87 kilometers of land, the Valley of Flowers is traceable to North Chamoli that is in India’s Uttarakhand state. More precisely, the Valley is part of the Pushpawati valley that lies towards the Northwest region of the Nanda Devi Park. Also, the Valley is in the upper regions of Bhyundar Valley that is near to the Joshimath town in the Garhwal region.

The Valley lies within the range of 3300– 3600 meters of elevated sea level. Moreover, the Valley’s landscape is complemented by the mountainous bounty of the Nanda Devi National Park that lies towards the East. Indeed, the Nanda Devi Biosphere Reserve encompasses both parks. Besides, the Reserve comes in the UNESCO World Network of Biosphere Reserves.

In the year 1862, Col. Edmund Smyth discovered the Pushpawati Valley. Then, in the year 1931, there were 3 British Mountaineers (Frank Smythe, R.L. Holdsworth, and Eric Shipton) who came across the Valley after they lost their way when returning from their successful expedition to Mt. Kamet. Owing to the beauty of the place, they named the site ‘Valley of Flowers’. Later on, Frank wrote a book for publicizing the Valley as well.

In addition, the Valley became a National Park in the year 1982, and presently, is a World Heritage Site.

The Valley is revered for the wide variety of flora and fauna that is housed therein. In fact, there are several endangered animals that are found in the Valley. These include red fox, snow leopard, musk deer, Asiatic Bear, and blue sheep.

More so, the Valley boasts of an array of bird species – including the Himalayan Monal Pheasant, along with other high altitude ones.

Then, there are over 500 higher plant species that the Valley is endowed with; even so, a high percentage of the plants are flowering ones.
Indeed, some flowers that the Valley contains are daisies, orchids, marigold, poppies, anemones, and primulas. Moreover, the Park’s medicinal plants are of interest to many plant experts. Also, the Park’s area has Rhododendron and Birch sub-alpine forests. The Valley of Flowers National Park is extremely popular among the locals. Further, Indian yogis come to the Park for meditation purposes. Furthermore, a distinctive aspect of the Valley lies in the fact that the flowers therein take on different shades of colors as time progresses.
You can choose to visit the valley at any time of the year. However, the months of July and August are ideal for those who want to see the maximum number of flowers. Besides, consider a trip to the Valley in June if you want to see glaciers.

The responsibility of the Park’s administration is of the Uttarakhand State Forestry Department that comes under the National Ministry of Environment and Forests, the Union Government of India.

16 thoughts on “The Valley of Flowers: Oh-So Pristine!”