The Story of Shafi Cherumavilay: An Inspiring Read! 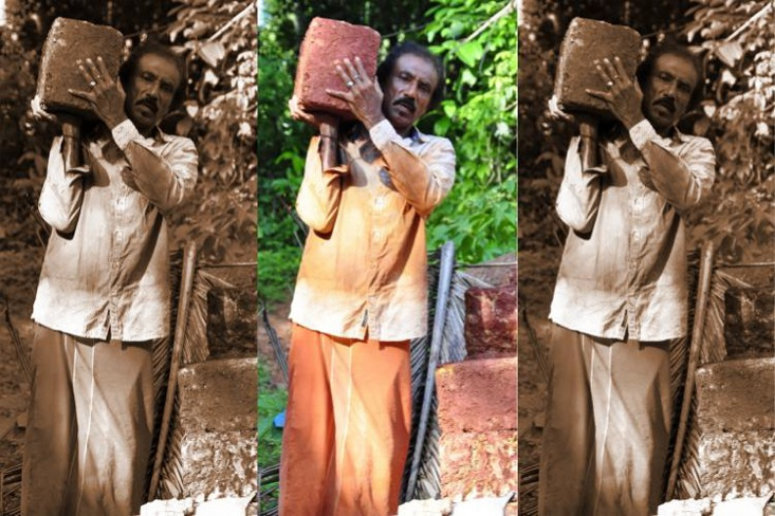 Everybody loves a good read. There could be scenes in pieces of literature that rouses our emotions because we find resonance with them. However, here is the story of Shafi Cherumavilay who works as a construction worker in Kerala’s Kannur district. Well, he has made an immense contribution to the field of literature. As such, his works include translation of 14 books and 12 short stories from Tamil to Malayalam. Also, from early morning until 3 pm, he works as construction sites to earn his livelihood. Then, for the rest of the day, he devotes to his translation work.

Firstly, he reads books, and then, translates them into his own mother tongue that is Malayalam. Indeed, he has contributed to both the languages, Malayalam and Tamil. Thankfully, through his works, the people of Kerala have been introduced to a multitude of Tamil books.

More so, when he starts talking about his honorary service to literature, he mouths his favorite line ‘Enna thaan ennaya poosikttu porandalum, udambula otra mannu thaan ottum’. The meaning of this statement is that if you get drenched in oil and spin on the ground, then only the mud that you deserve will stick to you. This line is borrowed from one of Perumal Murugan’s literary works.

Shafi comes from an impoverished background. His father works as a fish vendor. Although he had a poverty-stricken childhood, he pursued his reading interests. He would borrow books from the library and spend a lot of time reading. Also, he dropped out of school but continued to read and learn.

Previously, he served tea and sold goods on the road. Then, with his earnings, he would buy books. More so, he would take up any job to earn and save money, and then, spend his savings on purchasing books. He would go to public libraries for reading and borrowing books, too.

In one of his interviews, he states that his teachers in school inculcated the habit of reading in him. Sadly, he failed during his 10th class exams and was unable to complete his schooling.

Shafi learnt Tamil while he was working in a tea stall in Vivek Nagar in Bengaluru. This was during the 1980s. Here, he would interact with several of the tea-shop clients who were Tamilians, and hence, became familiar with the Tamil language.

Later on, he started reading newspapers and magazines. In addition, he began translating some segments of the Tamil literary works to Malayalam. More so, a Malayalam magazine published one of his translated stories. Further, he started contacting the Tamil writers for their permission to translate their works. Luckily, several of them gave him permission to go ahead.

Slowly, he got recognition for his work. Additionally, his first book that was a translation of author Thoppil Meeran’s Tamil book, Ananda Shayanam Colony, is a compilation of short stories. In the year 2008, the book was published.

Recognition for his Works

20 thoughts on “The Story of Shafi Cherumavilay: An Inspiring Read!”