Man Stays Buoyant in Water for Hours – His Jeans Save Him 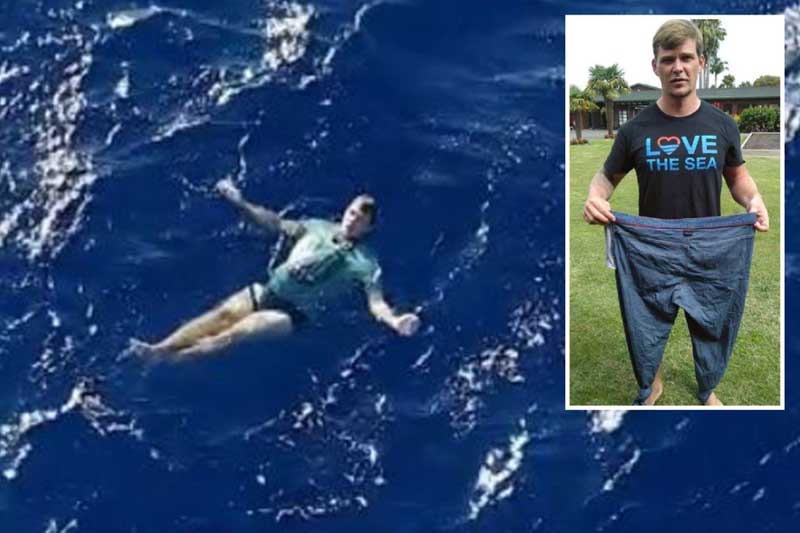 Arne Murke is one lucky man, and he owes his jeans for the good fortune of being alive today. Apparently, he was onboard a 12-meter yacht with his brother on March 6th, 2019. Murke is a 30-year old German sailor. He was wearing a T-shirt and jeans during the expedition.

The duo was on their way to deliver a yacht from New Zealand’s Auckland city to Brazil. Unfortunately, during the journey, the mainsheet of the yacht became loose, and in turn, threw Murke off-board and into the deep waters. Apparently, he was hit by the boat’s swinging boom. Consequently, he was stranded in the Pacific Ocean, around 20 miles away from Tolaga Bay that is traceable to New Zealand’s East Coast. For over 3 hours he managed to stay afloat in the water – thanks to the jeans that he was wearing.

Well, to keep his jeans buoyant, he performed a trick that he learned from the US Navy Seals. He went on to transform the jeans into a floating device. According to him, he saw the trick some years ago; and decided that if he ever went overboard and did not have a life jacket, he would try the trick. And boy he did, and successfully too.

He stated that when he was in the water, his brother threw him a life jacket and rope. Sadly, Murke could not reach the life jacket that was 3 meters away; and consequently, he went underwater. Then, he unbuttoned and removed his jeans. Subsequently, he made knots at the ends for inflating the jeans, after which he pulled them over water to fill air inside. Thereafter, he pushed the jeans underwater. By doing so, he said that the jeans became an improvised life vest.

He reminisced that for the few hours when stranded, he worried for his 10-year old daughter who was staying with his girlfriend in the Philippines. She was his motivation to survive the apparent mishap.

Luckily, he was spotted and rescued after around 4 hours by the Hawke’s Bay Rescue Helicopter. They were scanning the area coupled with New Zealand’s Coastguard and Royal NZ Air Force. Surely, Murke is one lucky man – we say.