Are you game for the Mr Sandman Challenge? 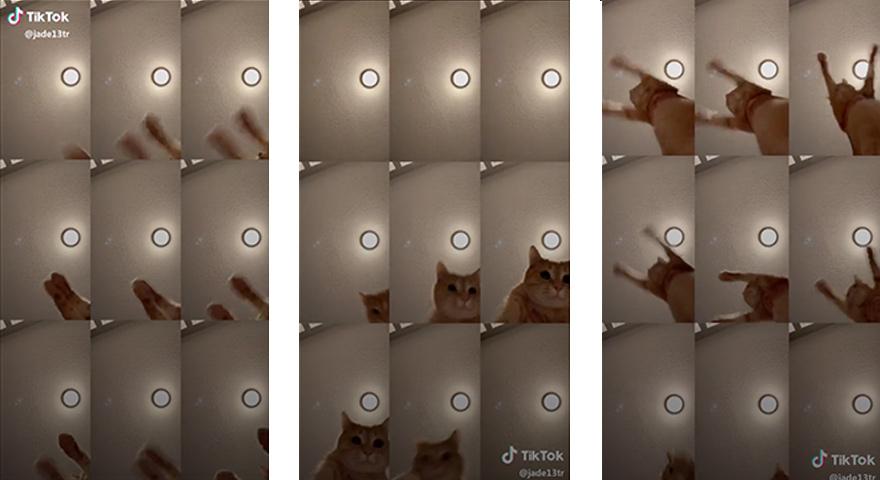 Social media sure throws up varied challenges from time to time. The latest one to enter the fray is the #MrSandmanChallenge. Only this one has a furry twist: your pets are among the participants here.

Well, as part of the challenge, you need a nine split filter camera and have the Mr. Sandman song playing in the background. This track was released by The Chordettes, playing backstage, during the 1954s. While the song is playing, you have to shoot videos of twirling and performing all sorts of tricks and acts with your pets (dogs and cats).

The social media trend was started by 17-year-old Jade Tayloe-Ryan, who is a TikTok subscriber. She initiated the challenge with Ed, her ginger cat. Would you believe that she has named her cat after the renowned singer, Ed Sheeran? Yes, and she had her cat dance to the tunes of the Mr Sandman song. Later, she posted and shared the videos. Interestingly, Ed Sheeran shared the video on his social media account too. Thereafter, the video went viral and took the Internet by storm. Well, so she was bored one night and decided to shoot a funny video with the 9-person filter with her cat in tow, after she saw others using the camera. After few days of the video’s release, her gig garnered around 7 million views and 1.5 million likes.

Shortly, the Internet was abuzz with pet parents sharing videos of their pets dancing to the tunes of the Mr Sandman song. Now, you can partake in the challenge, too. Simply, shoot a video with your pet dancing to the song’s tunes and share them on #MrSandmanChallenge.

Also, you simply must watch the cute videos of others who have taken up their challenge and shared them on their social media platforms – they are a must watch for your fill of laughter for the day.

Plus, we cannot thank her enough for posting this adorable video and keeping us in splits.